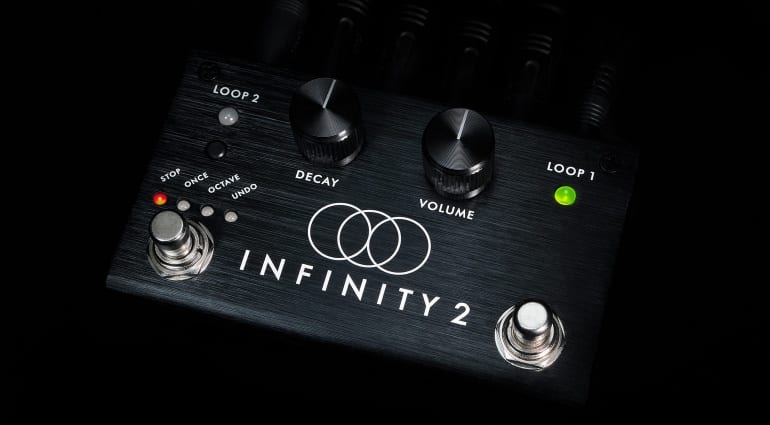 The new Pigtronix Infinity 2 is a worthy upgrade. No more chunky proportions and outdated graphics; here is a sexy double looper with well thought-out operation in a compact format.

While the original* Pigtronix Infinity Looper was very chunky, the new version makes your mouth water in its simplicity. It has a revised design and a simplified user interface, providing a more stylish exterior and adding some new functions that can convince both live use as well as studio work. 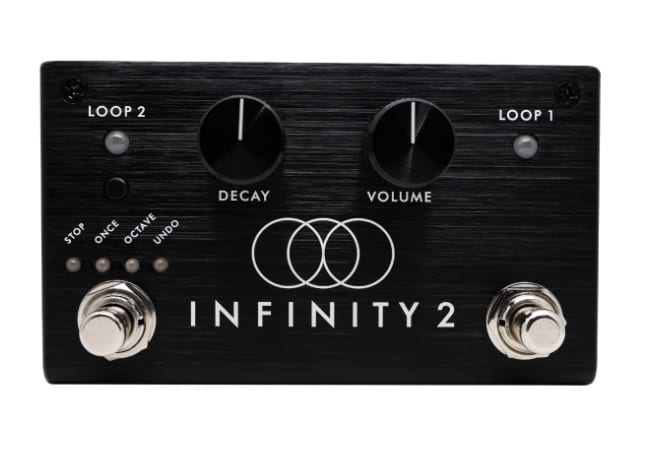 The Infinity 2 is a stereo looper with two independent loops, each lasting up to 5 minutes. The pedal is based on the so-called verse chorus workflow, in which the player can switch seamlessly between the parts.

At some point even the most beautiful sound structures get on your nerves when only one phrase is played in a circle for hours. However once you master it the way Mike Herrmans does in the second video, it can be a great creative tool. In addition, the Infinity 2 offers the possibility to quickly delete the loop that is not currently being played.

Almost all actions are only implemented at the end of the currently played loop. This allows the player to cue an overdub, switch between loops, or stop at the very end of a phrase. And that without having to worry about operating the foot switch at exactly the right time. Of course there are some exceptions, such as the immediate stop or fade out of the loop. 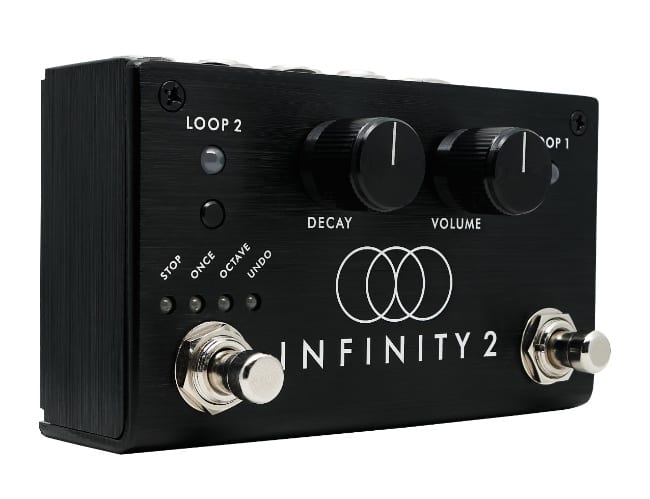 The new Infinity 2 comes with stop, stutter, octave shift, decay (constant fading out of the loops), undo/redo and much more. Despite the tidy surface, the new one is fist-thick behind the ears and looks very impressive.

If you don’t feel like tap dancing, you can outsource functions to an external footswitch. There is also a small push button on the housing.

The two outputs can be configured in stereo or as wet/dry. You can also plug in and record directly using a USB cable at 24 bit/44 kHz.

We are hoping that the price will be announced after all the Winter NAMM Show madness has died down a bit. It looks sleek and simple to use, and could be a great tool for any musician, not just guitarists.